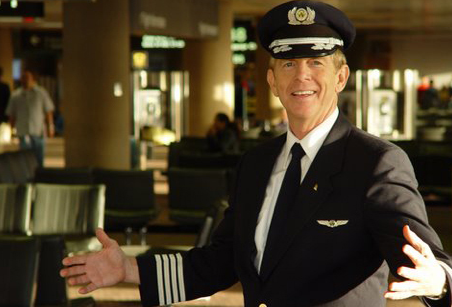 Known as Capt Ron to many thousands of fearful flyers he has helped since 1987, he is an internationally recognized fear of flying expert.

Growing up in rural Indiana, since second grade, he longed to become a pilot and “rise above” those “surly bonds” of earthly existence.

An Air Force Academy graduate with a tour in Vietnam, Captain Ron Nielsen accumulated over 20,000 hours during his career as a commercial pilot flying a Boeing 737.

As a recognized authority in human factors and pilot performance, Ron designed and delivered programs to reduce the likelihood of aviation accidents due to human error.

He served on the Air Transport Association’s Human Factors Subcommittee and has spoken at numerous national conferences on human factors in aviation.

His love of aviation and curiosity about the role of psychology in pilot performance led him to an M.A. in Professional Counseling and a Certificate of Advanced Studies in Human Resources.

Ron has devoted most of his adult life exploring learning technologies to understand how adults best learn.

Captain Ron is also the author and creator of Chicken Soup for the Soul Presents The FearlessFlight Kit®. He is a keynote speaker on fear of flying, conflict resolution, performance management, and the paradox of personality.

As an aviation industry expert, he has been featured on The Today Show, Weekend Live, NBC’s Nightly News, CSNBC, and MSNBC.

He has also been featured in nationally recognized publications like USA Today, the Washington Post, and the Wall Street Journal.