Due to the current pandemic, all in-person classes have been suspended until further notice!

Put your self on the notification list for the classes here in Los Angeles you want to learn more about. We will also keep you updated on when we will resume classes again.

Fear of Flying Classes in LA with Capt Ron Nielsen

However…. IF you live in or can travel to the Los Angeles area, you are in luck!

Flying doesn’t have be painful. Once you have experienced one of our classes, you will not only know that the pain in your brain is not about the plane, but you will have gained the confidence that air travel-and the planes-are completely safe. 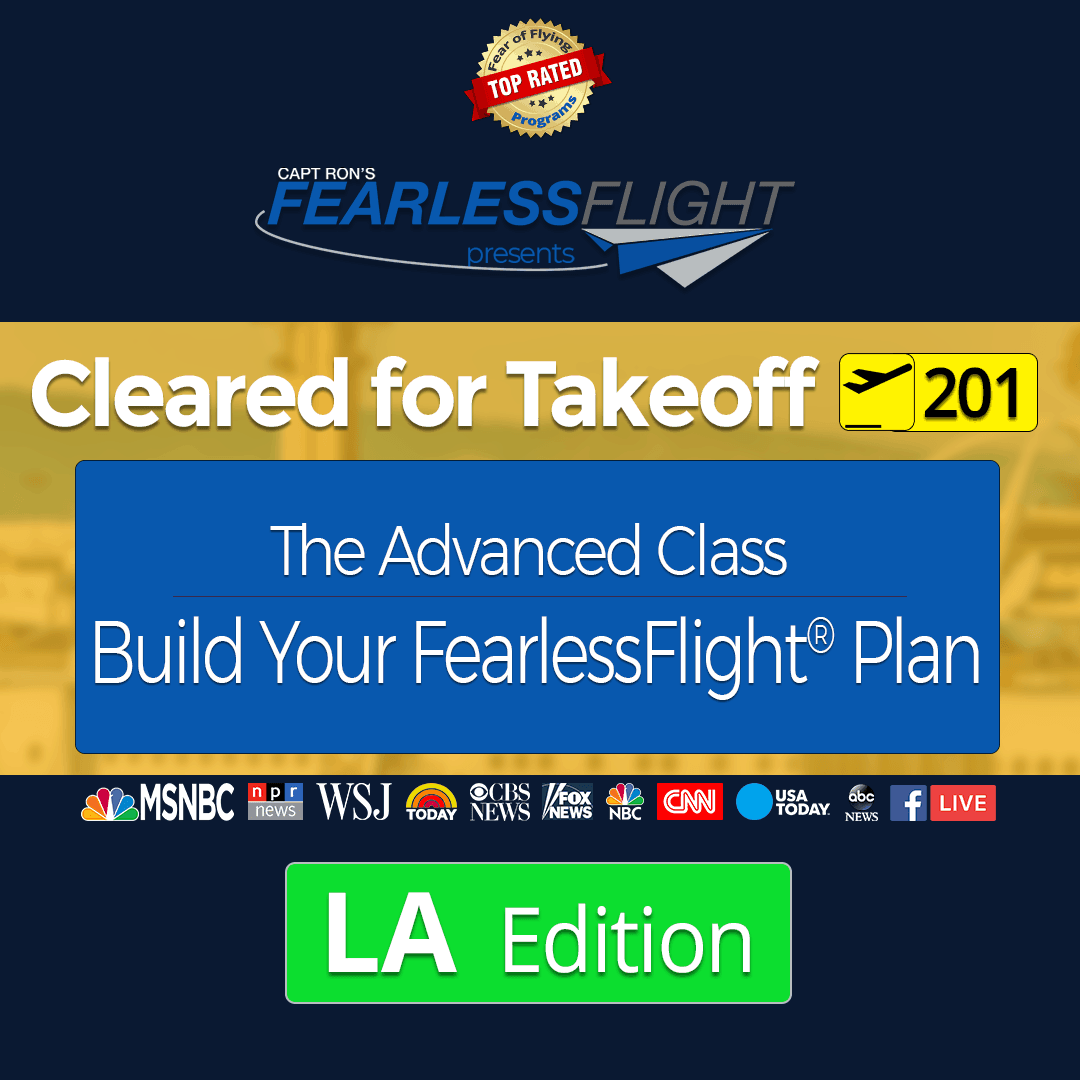 The most powerful Fear of Flying Class in the world!

The ONLY class in the Los Angeles area that will teach you how to overcome YOUR fear of flying!

This state-of-the-art interactive classroom offers students a safe and friendly environment in which to practice and progressively build confidence. 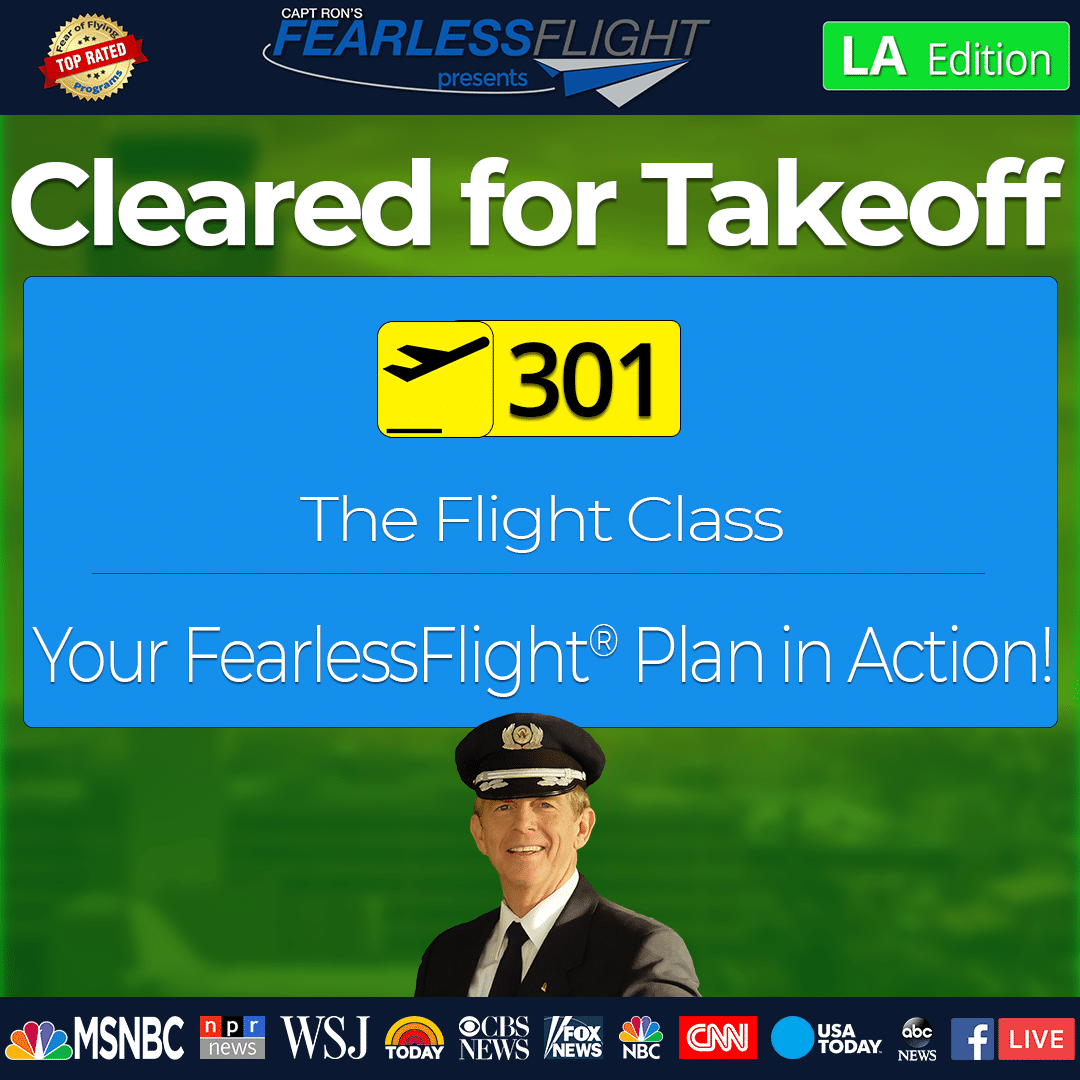 This class is designed to prepare you for the next logical step, getting on an airplane and put into practice what you just learned.

Cleared for Takeoff 301 provides the opportunity to apply the proven tools and strategies and fly with Capt Ron and the FearlessFlight® Team in a safe and supportive group environment.

Together with other like-minded fearful flyers powerful and lasting positive experiences and memories are formed that will serve you well, when it is your time to fly by yourself, with family or work colleagues. 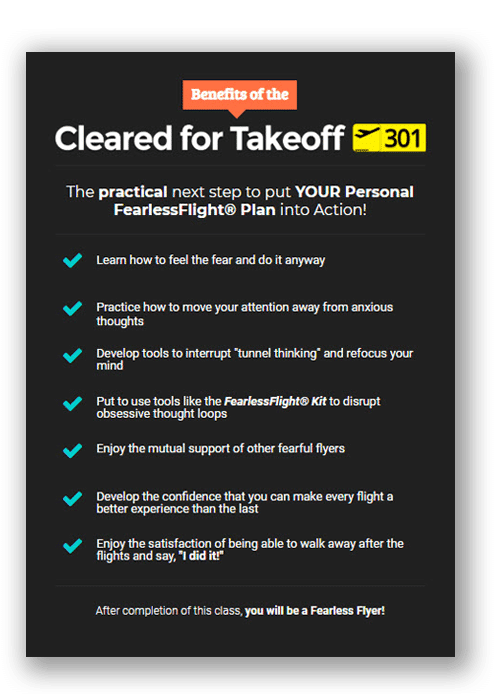 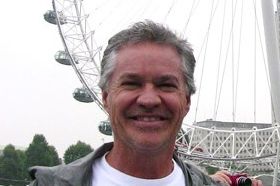 Gordon hadn’t flown in over 16 years. It wasn’t onlyhis anxiety about flying. He had developed a generalized anxiety following a surgery over 20 years before. But meeting the woman who would become his fiancée and a surprise trip she had planned for the two of them that sense of urgency to overcome his fear.

Three weeks before his London vacation, Gordon called me. He came to class and began using the FearlessFlightTM Kit (FFK). He thought he had tried everything, but what he really needed was to let go and teach his mind to relax.

He practiced with the FearlessFlightTM Harmonizer (one of the components included in the FFK). He noticed changes in his behavior. He began to feel more relaxed. He wasn’t obsessing about the trip to London as much. And when those obsessive thoughts would come up, he had a process which he could use that turned the anxiety around. It wasn’t like the anxiety had disappeared.

About a week before the flight to London, he noticed his anxiety stating to climb again. He was a little queasy and his heart would race. So, he doubled down on the FearlessFlightTM Harmonizer.

Gordon used the FearlessFlightTM Harmonizer in the boarding area before the flight. He continued listening through the boarding process except for the time he took to meet the pilots (a very important strategy that we discuss in class). He took his seat, got settled in and resumed using the Harmonizer. As the flight attendants began their final preparations, they announced, “Please turn off all portable electronic devices” (a requirement that no longer exists). Gordon felt a small spike of anxiety. “Will I be able to handle the takeoff without the Harmonizer?” he wondered.

As the pilots turned onto the runway, instead of his mind’s eye autopilot switching on and starting a flood of anxious thoughts in his consciousness, something strange happened to Gordon. He was now able to visualize the display from the FearlessFlight Harmonizer and immediately place his mind in a relaxed state—something that was impossible just weeks before. Gordon could now focus his attention on what HE wanted to think about. This was the first time he could remember having this kind of freedom and confidence—an entirely different experience in an airplane.

Gordon confessed that while this was not on his bucket list, it wasn’t the confirming catastrophe from which he might resolve to never fly again. Just the opposite. Gordon said that had he not come to class and learned about new coping tools and strategies including the FearlessFlightTM Kit, he would have NEVER gotten back on an airplane to complete his planned travel. Instead of being a victim to catastrophic thinking, Gordon recalled his first response was his mind saying, “Just breathe.” With that, he could control what was in his power and leave the flying to the flight crew.

Gordon has since made several more flights including another international trip. He looks forward to flying—enjoying the confidence that he can use the resources he gained through his experiences with FearlessFlightTM.