Afraid to Fly? Then Meet the Pilots! 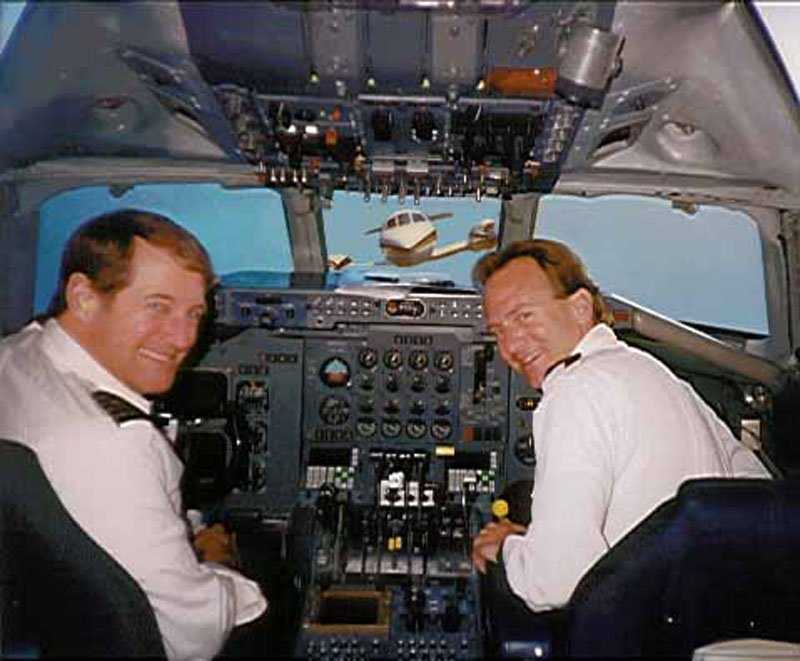 I came across this column called Feeding the Fear of Flying about the writer’s fearful flyer husband.  The couple’s solution to cure fear of flying made me smile and reminded me of what we advise fearful flyers to do.

The writer described her own fear of heights (which doesn’t bother her in an airplane) and told how her husband has tried everything to get over his fear of flying.  Well, not everything, because he hasn’t come to Fearless Flight.com for help to my knowledge!

The one thing that made him feel better was to fly in one of those small twin-prop planes, the ones that scare the pants off me.  Give me a big solid commercial airliner and I’m great.  Put me in one of those little tiny cans, and I suddenly remember MY fear of heights.

The writer guessed that her husband’s fear of flying was less in a smaller plane because he felt more in control.  He could see the pilot.  Not being in control seems to bother 90% of the fearful flyers I work with.  I just spoke with someone earlier today who realized that this was a large part of his fear.

The writer and her husband have read that some airlines are considering putting on one of the radio channels a live voice feed from the cockpit to calm the passengers. Pilots can choose to speak on the PA system when they want, but with this live feed, the passengers would sample everything that goes on in the cockpit.  Meet the pilots…up close, personal, uncensored.

Until that day comes with the Pilots’ Cockpit Radio Show, I’d suggest doing something else to Meet the Pilots.  Ask to pre-board because you’re a fearful flyer.  Tell the flight attendants that you’re afraid to fly and that it really helps you to connect with the pilots.

I just spoke with a woman who followed this advice, and it made a huge difference.  She had flown only twice in 38 years when she decided to tackle her fear. She bought the Fearless Flight Harmonizer, then came to the Cleared for Takeoff class and heard our advice:  Meet the pilots.  She said the pilot was very kind and even took her into the cockpit for a few minutes.  During the flight, she kept her eyes closed, listened to the Flight Harmonizer, and visualized being a cork on the water.  It worked!  Now she’s looking forward to many more trips to make up for all that lost time.

You CAN overcome fear of flying by doing something different.  OR you think of all the things the airlines can do to make you feel better about flying.  I’ve learned the answer is inside you, not inside the cockpit.