Does the FearlessFlight Harmonizer Replicate EMDR as Treatment for Fear of Flying? 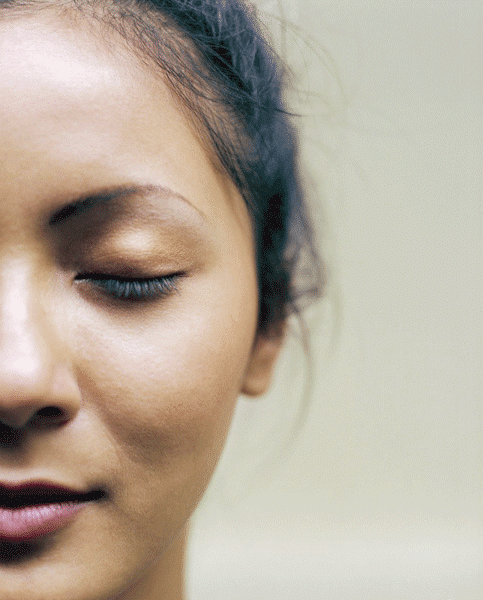 Research demonsrates that eye movement desensitization and reprocessing (EMDR) is effective in treating trauma. If you know anything about my experience helping people overcome fear of flying, it’s my belief that many, if not most, have trauma somewhere in their history.

For those unfamiliar with EMDR, imagine recalling a traumatic memory while tracking a high speed ping pong match but holding your head motionless such that only your eyes follow the ping pong ball.

Is EMDR Beneficial or Bunk?

The debate centers on whether eye movement offers any benefit. Eye movement is just part of the therapy. The first phase starts as most therapies with rapport building and exploration of issues and life experiences.

The second phase helps to prepare the client to re-visit the traumatic event along with some self-soothing strategies. The practitioner facilitates eye movement by his/her finger or a more elaborate array of sequenced lights back and forth. Some forms replicate the side-to-side movement with sound.

Having undergone EMDR personally, I found it very interesting with my thoughts hop-scotching all over the place, generating emotions that were equally unpredictable.

There has been a lot of debate about the effectiveness of EMDR but many therapists and patients swear by it. I had a generally pleasant experience and the best way I can explain it is that the memories lose their energy and become more distant.

Recent studies  conducted EMDR in its characteristic format for one group, but had the other group close their eyes instead. The group that moved their eyes reported a more significant reduction of stress that did the group that kept their eyes closed. More details can be found in the January/February 2013 edition of Scientific American Mind on page 9.

Diminishing The Power of Traumatic Memory

I have long wondered why the FearlessFlightTM Harmonizer been so helpful for so many people. As I read about the EMDR studies and recalled my own experience, I began to wonder if perhaps the sound separation in the audio might be serving the same purpose as the eye movement of EMDR.

When coaching fearful flyers, I often use the same techniques that are used in EMDR, which is nothing more than techniques used in cognitive behavioral therapy (CBT). The legacy of trauma is the powerful negative autobiographical memories that can overload thinking with their vivid sensory details. Other research has now demonstrated that traumatic memory stays but its power can be diminished.