From Cockpit to Hotseat 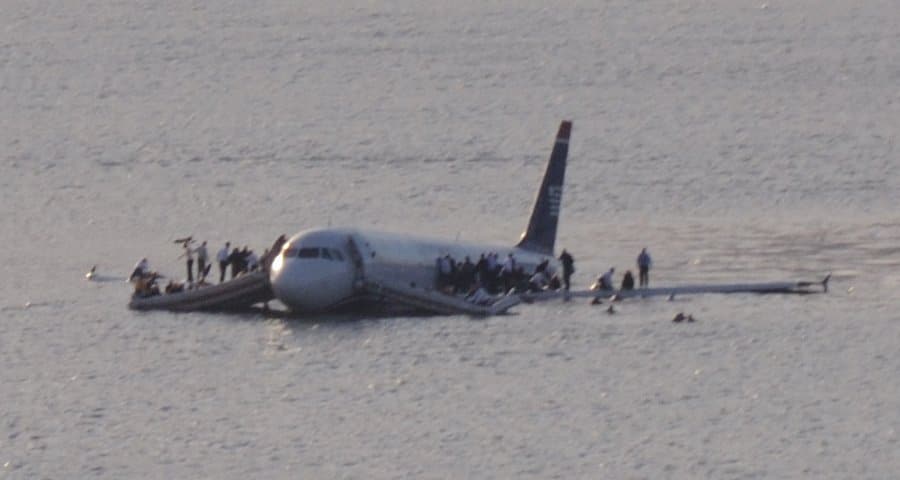 Then I received a request for a live interview with a nationally known host famous for his aggressive style and flair for the dramatic.

As I sat there watching the lead-in headlines for the nationally syndicated news show, I began to feel butterflies in my stomach.  These weren’t your typical butterflies that accompany public speaking.  These had to do with fear of not meeting expectations of the host.  What was he going to try to make me say?  I was beginning to wish I knew nothing about airplanes!

The producer had sought me out based upon a previous interview published in large newspaper in which I had been asked if a mechanical irregularity on the same airplane and same flight 1549 between La Guardia and Charlotte just two days before could have been a factor in the fateful series of events that resulted in the water landing.  I responded with a qualified “yes” that any mechanical problem could become part of a history with a subsequent problem.  The producer’s interest centered around an Airworthiness Directive (AD) the FAA issued on December 31, 2008,  requiring 14-day compliance for the Airbus A320 airplane with the particular manufacturer’s engines that powered the airplane that splash-landed in the Hudson.

Until I watched the beginning of the show on Saturday night waiting for my turn, I didn’t realize that the host was so invested in his  belief that the A320 in question shouldn’t have been in service on the day it ended up in the Hudson.  However, the facts released (including some I heard on the show awaiting my interview) didn’t support the airplane not being airworthy prior to the January 15th flight.

In fact, statements released by the National Transportation Safety Board (NTSB) revealed that the pilots reported suddenly flying into a “brown cloud” followed almost immediately by “pops,” “bangs,” the smell of burnt birds, and silence.  From my own personal experience, all of these sensations are consistent with bird strikes.

The host began by asking if the fact that this particular airplane had experienced a “compressor stall” just two days prior to the accident was just a “cosmic coincidence” or if it suggested some sort of mechanical problem that caused or exacerbated a problem caused by a bird strike.   He seemed to suggest that the issue was a failure to “fix” the airplane as required by the FAA issued AD.

Having read the AD, I attempted to explain that it did not require a “fix” in the mechanical sense at all.  The underlying problem was that occasionally during high thrust requirements such as takeoff and climbout, some engines had experienced high pressure compressor stalls (HPC).  Analysis thus far from maintenance logs indicated that a tendency for some engines’ exhaust gas temperature to burn slightly hotter than normal seemed to be a precursor to some of the HPC’s.  Therefore, the remedy was to inspect (as opposed to “fix”) each engine’s records.  If an airplane was found to have both engines meeting this temperature criteria, then one of the affected engines would be removed and replaced, thereby reducing the likelihood of both engines experiencing simultaneous HPC’s.

My explanation fell on deaf ears.  The host insisted that improper maintenance was still the likely culprit in his eyes.  He bet me a dollar he was right.

With the NTSB, opinions don’t matter; just the facts.  And we’ll all have to wait to see what those facts turn up.

Capt Ron’s Moral:  No good comes from catastrophizing before the facts are in!