From Freaked Out due to Claustrophobia to Fearless: Part 1 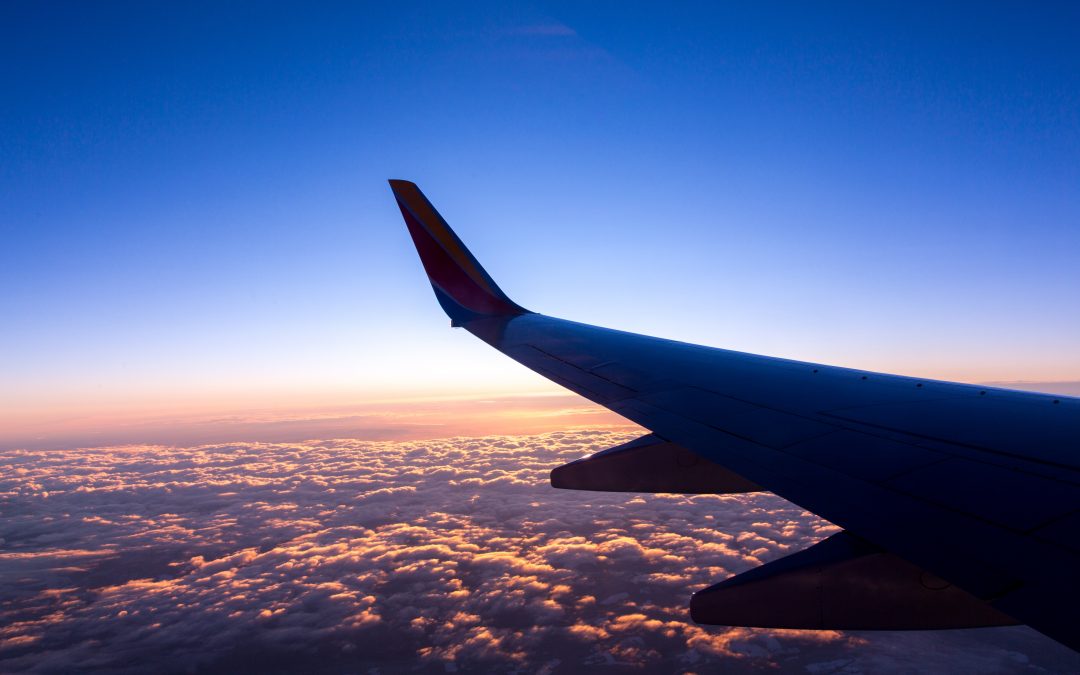 The odds of dying as a passenger on any given flight with one of the world’s major airlines is 1 in 33.2 million. To say that these odds are heavily in your favor is an understatement.

And yet, many airplane passengers, about 1 out of 6, range from having nervousness to full blown phobias about flying – Kathryn DeWolf is no different and this is her story.

From the FearlessFlight® Case Files:

Like about 60% of the fearful flyers I work with, Kathryn’s fear stems from the feeling of being “cooped up” inside a metal tube and hurtling through space at 35,000 feet with no way of getting out.

There are only two types of fearful flyers. I call the first category the “Technical Fearful Flyer” and the other the “Emotional Fearful Flyer” While both categories end up in the same place, namely that flying sucks and should be avoided at pretty much all cost, the approach of helping each of these two types, at least initially, is very different.

Kathryn, due to her claustrophobia, falls in the second category – The Emotional Fearful Flyer.

The core issue to claustrophobia is not having the option of escaping if/when she senses danger. Therein lies the problem. The part of her brain that’s telling her she’s in danger has run amok. That part is called the Amygdala.

There are actually two Amygdalae (from the Latin that means “almond” because that’s their approximate size and what they look like). They are so important that Mother Nature decided we need two of them.

NO IT DOESN’T. IT DETECTS SMOKE!

It doesn’t distinguish between burnt toast and a full-blown fire on your stove. It senses the smoke and you’re mind does the rest. Bingo!

That’s exactly what your Amygdala does. It warns you of danger. It doesn’t distinguish whether it’s real or imagined, it puts your flight, flight, or freeze response in motion to prepare you for the worst. Fortunately, we have another part of our brain, the cortex, that evolved later to help us distinguish whether the threat is real, and we need to take action, or if it can be ignored. But the cortex has a literal uphill battle in the way our brains are wired. The Amygdala evolved first and has more pathways to the cortex than the other way around and therefore tends to dominate when the two are in competition. And there are some innate fears that we have as humans that cause automatic activation of the Amygdala and have a head start on any chance for the cortex to intervene.

Kathryn reached out to me on July 14, 2017 via text message after having purchased the FearlessFlight® Kit about three and a half weeks earlier. During a prior coaching call, I had encouraged her to contact me at any time. She chose this moment – she was panicking. She was at the Detroit Metropolitan Airport (DTW) waiting for a non-stop flight to celebrate her best friends’ happiest moment as the maid of honor. However, none of this registered in this moment because her fear had already kicked in her Amygdala had hijacked her rational thinking. All Kathryn was stuck in an obsessive thought loop worrying about losing control of her emotions and drawing unwanted attention to herself.

Once someone reaches this point, there are few options. I asked if she had a straw handy, and if she recalled the breathing activity we practiced during a coaching session as this helps to focus more on slowing down your breathing. I also inquired if she had been listening to The Harmonizer™. Although she didn’t have a breathing straw, she was listening to The Harmonizer™ and focusing on her breathing. Great!

In a matter of about 30 minutes, Kathryn and I exchanged several text messages. She was able to regain control of her attention, slow her breathing. I added some humor and helped her re-enter the here and now. I could tell it was working as her anxiety level was going down, and she even stated as such.

Note: It didn’t initially help matters that during our text message exchange, the plane was delayed arriving at the gate and then a new plane had to be dispatched due to some mechanical reason.

“We are boarding, and I am feeling positive and empowered. Thank you, from the bottom of my heart for talking to me. That is so above and beyond what you needed to do for me, and I appreciate it. I feel that I can make it through this and I have all the tools that I need. I will let you know when we land,” she texted.

Kathryn’s flight landed safely and I heard from Kathryn the following day. She told me the flight was smooth and she was relieved to have gotten to her destination.

About a week later, on July 22, 2017, I received another text message from Kathryn. However, I could not believe it was the same person!

“Hi Captain Ron, we are flying back from SFO today. I am about to board and feeling great. If you’d like to debrief, I should be home around 5 pm EST. or any other day, just let me know.”

Wait… what? Where did the panicked, fearful flyer, that I had heard from the week before go? Now, I am hearing from someone who is confident and needs no reassurance to get on the airplane. I just had to know more about her journey, so I took her up on her offer to debrief and spoke with her later that same evening.

This was the first installment in a 3-Part Mini Series. Click here to read Part 2.