From Freaked Out due to Claustrophobia to Fearless: Part 2 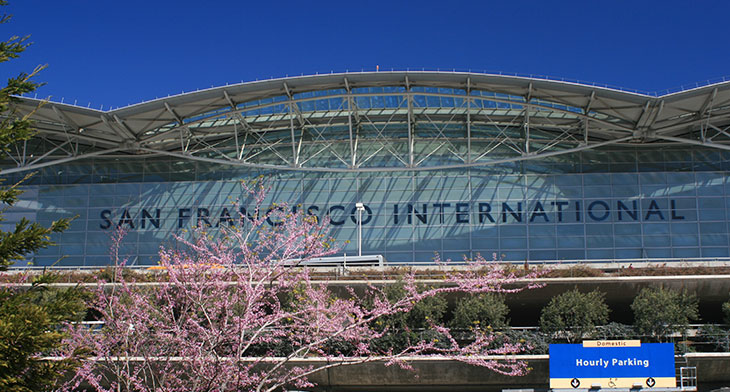 Kathryn makes a successful flight from Detroit to San Francisco and back, but first, a little history.

A Fear Becomes a Phobia

Kathryn had been flying since she was a little kid. On average, she would fly about 2 times per year. Her mother is very afraid of flying and she’s heard her same “bad experience” story over and over. The story occurred when Kathryn was very little. She was also in the plane with her mother, but Kathryn does not remember anything specific about that flight and experience. Kathryn does have a generalized anxiety disorder and claustrophobia.

She believes a lot of her fear associated with flying has to do with that claustrophobia and it bothers her that once she is on the plane she just can’t get out if she needs to. There are other triggers that exacerbate her fear, such as turbulence and the length of the flight.

The origins of her fear and insights how it got started can be helpful, but they are not necessary to overcoming it and calming your anxiety.

“So, I was planning to fly from Detroit to San Francisco in July for a wedding, for my best friend, so I knew I was going to need to take that flight. Then, of course, back from San Francisco to Detroit. That was a 5-hour flight, so that was extremely intimidating for me.”

From Fearful to Fearless

She started planning the trip about a year ago, just after her best friend got engaged. Coming up to the flight, she did some research, and came across The Harmonizer™ and The FearlessFlight® Kit.

Having created new synaptic pathways in her brain and associated this new and empowering information with her upcoming flight proved to be very helpful. Kathryn was able to recall this information while flying, and it helped her calm herself down when she needed it. When she was getting to the airport to go to San Francisco from Detroit, she did have some fear in the airport.

“The fear centered around getting on the airplane and being in there for so long.”

“My experience in the airport, I just felt like it was something that I could not do. I felt that it was just such an insurmountable fear that I just didn’t feel comfortable getting on the airplane.”

Kathryn listened to The Harmonizer™ a couple of times at the airport. As mentioned previously, her plane was delayed due to maintenance, which made it a little harder to calm her symptoms down.

“I got onto the plane and felt very confident during takeoff. There seemed to be some fear that just melted away. Knowing that I was going on an adventure and focusing on the positive.”

The effectiveness of The Harmonizer™ is due to it being deliberately designed to create an empowered state of mind. It achieves that by disrupting those obsessive thought loops and allowing you to regain control of your attention. Fear of flying and the associated anxiety is really an attention disorder.

The FearlessFlight® Kit also encourages you to do some specific journaling. Kathryn took that to heart and wrote down a small list of times when she felt empowered, so that she could refer to these times when she needed, before and during the flight. Journaling also causes you to recognize and allow your feelings to co-exist.

You will never be able to control your thoughts; but you can prevent them from controlling you. Journaling not only allowed provided an outlet for those fears, but she also provided a path (through her writing) to release them. This helped her to get through the flight to San Francisco.

Once her flight landed, she was able to enjoy her vacation and not obsess about her return flight. It seemed to help that it had been a shorter flight.

And take it from my 30+ experience of helping literally thousands of people overcome their fear of flying, the return flight is almost always easier. In part that is because most people are ready to get home and they usually have had a ‘better than expected’ experience on their first flight.

“I felt great going onto the return flight, just because of how great of an experience I had going to Detroit from San Francisco.”

Though Kathryn experienced more turbulence on the return flight, she was able to distract herself with The Harmonizer™ and review her notes of empowerment until the turbulence passed.

“I feel a lot of pride for getting myself through that flight because I did feel like it was something I could manage and do!”

From Powerless to Empowered

Previously, Kathryn usually tended to veer towards trips that she could potentially drive to and from. While the argument that it is cheaper to do so may be true, it is equally true that this line of thinking provided an “out” from her fear of flying. It allowed her the idea that she could drive if she found that she just couldn’t get on the airplane.

This is a strategy called “avoidance”—and it does provide relief. A shot of dopamine, the brain’s morphine, that conditions you to rely on that solution again in the future making future trips even more difficult.

It is my experience that many fearful flyers often have routines like that – which give them a feeling of perceived control in relationship to an out of control feeling when it comes to flying. Kathryn was no different. She also found comfort in flying with certain people. Other people find that they need to sit in a certain seat or won’t get up to go to the bathroom hoping that those things will keep them safe.

This was Part 2 in our Mini- series.