Knowing What You Don’t Know 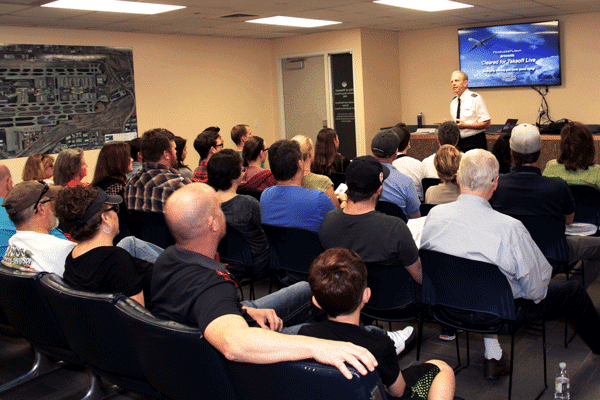 How do you get over something like fear of flying if you can’t wrap your brain around airplanes and aviation? Unless you have some basic understanding of flying and airplanes, it’s hard to put your finger on what it is that you don’t know.

Take this email (above) that just came in from a COACH MEMBER at http://fearlessflight.com/, for example:

The pressure you feel is in fact “G” force, which you so insightfully recognized. It’s one of the many unfamiliar and often strange sights, sounds, and sensations that occur routinely when flying on an airplane. And your observation that it lasts for approximately 2 minutes is also highly perceptive.

The feeling you describe is caused directly by the acceleration of the airplane. It takes about 2 minutes to start from a complete stop at the beginning of takeoff and accelerate to nearly 300 miles per hour—which is what it takes to get the airplane off the ground.

This rapid acceleration is precisely what you want to occur! The increasing speed that builds during this initial acceleration is like having extra money in your bank account—more is better.

Because of your fear of flying, your mind becomes hypersensitive to this sensation and tells you that you are out of control. It is true that you cannot control the acceleration—a good thing since your inclination would be to stop it. As a trained pilot, I want and need that increase in speed at this phase of flight. Without it, we are going nowhere!

As a fearful flyer you become hyper vigilant to this feeling during acceleration and many other unfamiliar sights, sounds, and sensations. That’s the only way your non-pilot brain is able to process them.

This fearful flyer, like so many, struggles to deal with feelings that lead him to believe things are out of control, and disaster aka crashing is inevitable.

Not knowing the physics of flight, the principles of aviation, and the magnificent advances in engine technology that provide us with the thrust we need, your brain reacts in certain ways. It can ignore the sensation. After all, that is what flight crew members and experienced non-fearful flyers do.

Your brain also looks into its past experiences for something that it can use to explain the sensation. Finding none, it produces chemicals that cause unpleasant feelings. If you’re a fearful flyer, you know all about those feelings, don’t you?

So in a way, you can blame your brain for your fear of flying!

The challenge is to find a way to distract your mind from the obsessive thinking during those first couple of minutes of the flight. As I’ve learned from thousands of fearful flyers over the years, if you can distract yourself during this time, you’re 90 percent of the way there. That’s one of the strategies of FearlessFlight.