Volcanic Ash Shows Air Travel at Its Best and Worst 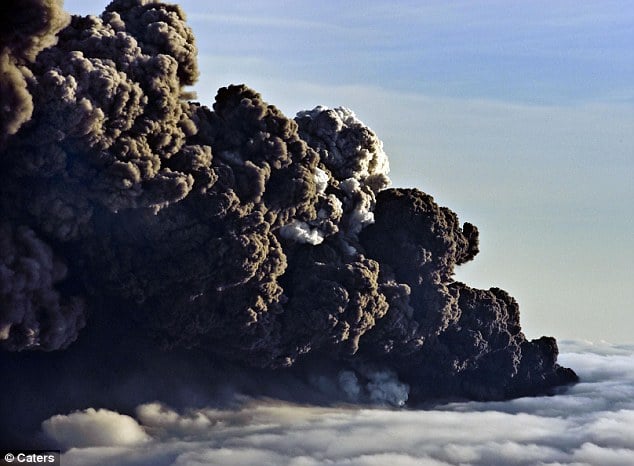 Takeoffs, turbulence, thunderstorms…fearful flyers worry about a lot of the same things. This week, Mother Nature delivered a new twist to the fear of flying worry list:  a volcano and volcanic ash from the eruption in Iceland.

Exactly what is the big deal with this big white cloud that has grounded so many passengers? What was it that made flying so bad that 95,000 flights were canceled and 29% of all air travel was affected? And maybe some are wondering whether aviation officials are just being a little silly–it’s only a cloud and planes fly through clouds every day.

No question that flying in a region of volcanic ash can be hazardous. This is for a variety of reasons.  The most obvious is that ash has a pumice-like quality. As such, it is very abrasive and can cause excessive wear on the engine parts—specifically the compressor blades (“cold” or front section of the engine) or the turbine (“hot” section where the combustion takes place). This can in turn change the properties of the airflow through the engine from its original design.  The worst case scenario would be to reduce performance and thrust and possibly even flame out. Other collateral damage can be the clogging of sensors both inside the engine and on the exterior of the airplane that feed into the computers.

This volcano in Iceland has been particularly problematic in that its location combined with upper air winds caused it to “clog” the North Atlantic air routes and hover over Western Europe, one of the most heavily traveled parts of the world. In addition, the ash cloud seemed to “hover” over Europe rather than be transitory at altitudes between 20,000 and 35,000 feet, which are the prime altitudes of turbojet airplanes.

Why can’t the airplanes fly above or below the ash?  Because flying above would require flying through it on ascent and descent.  Flying below would result in an inordinately high fuel consumption and significantly reduce the payload in favor of carrying more fuel.

Concern about airline management pressing to resume operations to salvage the “bottom line” would be valid were it left to them alone for the decision to allow airplanes to resume their operations.  But as is the case with so many aspects of airline operations, the airline industry is  highly regulated, and the decision belongs to a host of regulatory agencies, in this case, ones that are in several countries.  In addition to the regulatory agencies, the pilots who will be on board and have a healthy self-protective nature will not fly with any concerns for safety.

This whole incident just goes to show you that the airline industry has safety as its number one concern.

Every day somewhere on the globe exists a volcano erupting. For instance, Alaska alone has 130 volcanoes and volcanic fields, and those make up three-fourths of the U.S. volcanoes over the last 200 years. But, like so many other troublesome problems that come into the awareness of fearful flyers and the traveling public at large, without this latest occurrence, the average air traveler would not have given volcanic ash a second thought.

As the effects of the cloud lessen, aviation operations resume and weary travelers gladly board airliners. As the Iceland volcano becomes “yesterday’s news,” we’ll have to wait until the next crisis. Until then, don’t forget that flying is the safest way to travel on the planet—even when it means that a volcano has grounded a lot of flights.